I tried my Givi topbox on the rack. It ends up too far forward for a comfortable ride for the pillion passenger and it looks far too high and, to be honest, a bit ridiculous.

I won’t be doing long trips for a while so I do not need a vast amount of space.  Just something for a few extra tools, waterproof leggings (I only wear then when I need to), a flask, some sandwiches, camera, and odds and ends.
A tank bag may be fine, and it would also give me a map case.  Crash bar panniers may be OK, but I’d not get a map case.
With either of these I could reach things without getting off the bike.  This is good for quick photographs. Mind you the camera I use fits easily into my pocket.
Rear panniers or a tail bag will hold enough but not be as convenient.
First thing is  a top box.

Top box
The toolkit is OK, but I want to carry tyre levers, a tube, a pump, a meter, and a set of bulbs.  I don’t think I can hide all of these on the bike. 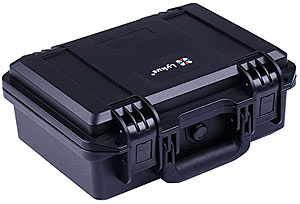 A small box is was needed.  I got this box from Amazon. It measures 30x20x12cm inside. 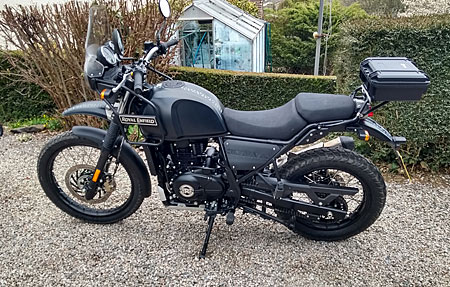 Here it is mounted.

It will hold all the tools I need as well as a flask, sandwiches and waterproof over trousers.
It does not put too much strain on the rear rack which is reinforced anyway. And I don’t think it looks too bad.

Update.
After acquiring all I think I need, the topbox comfortably holds two inner tubes (front and rear), a compressor,3 tyre levers, a puncture repair kit , two spare bulbs (headlight and indicator – the rest are LED) and my over trousers with a little room to spare.
Unfortunately not enough room for my flask and sandwiches.

I’ll scour charity shops for some olf army type haversacks to use for shopping.

Tank Bag
These come in many shapes and sizes.  Most are magnetic When on the bike the magnetic field should be enclosed. I tried clamping a molybdenum magnet onto the tank and a magnetic compass at the handlebars wasn’t affected.

Most are not completely waterproof mainly because of the zips.  The Lomo one is waterproof but it is just a single roll top bag so not that versatile. Some come with rain covers but its probably easiest to keep important stuff in polythene bags.

Panniers
I think I may not require pannier racks on the bike in order to use pannier bags. There are quite a few rackless bags on the market and by the time I will be looking for some there will probably be more.
I’ll also check out front panniers when and if I need them.  Currently I am thinking of ViaTerra trailpack panniers and put everything from the topbox into one of them freeing the topbox.

I have not done a lot of touring by some adventure riders standards, but years ago I did a couple of weeks on a trip down to Spain (from Tyneside) and all my gear, including camping equipment, was fitted to a rear rack (with luggage elastics),  two army haversacks slung across the pillion seat and a very small tank bag. The same setup did me for multiple trips within the UK to motorcycle rallies, including the Dragon, and the Isle of Man TT. This was often two-up.

So…
I’m going to hang on until I actually need more storage. Until then, some sort of bag strapped on the back seat will do fine.

Looking at the various forums I think I see a variation of Parkinson’s lawhappening.

The money spend on gadgets is proportional to the number of gadgets available – as opposed to the need for the gadgets.