I have a phone mount and USB power on my BMW, and I had the same system on the Bullet before I traded it in for the Himalayan.

The USB connection
I always connect the USB supply to the ignition circuit. That way the battery cannot drain through the phone or satnav when the engine is not running. 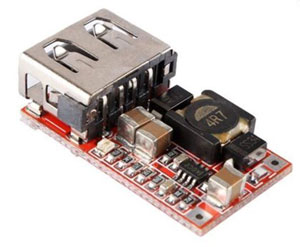 I decided to use the same type of USB unit I used on my other bikes.
The price had gone up!
The last ones cost me £3.20 for two, this one cost me £2, postage paid.
Damn the expense.
I wanted to fit it into the headlight, but there was not an easy way to get a USB lead into the headlight shell without drilling a big hole. In the end I simply picked up the power from the parking light, which is on all the time the igntion is on.
I was able to run the wires out through the existing hole at the back of the shell. I decided an extra fuse was not needed as the circuit is protected by the fuse for the parking light. 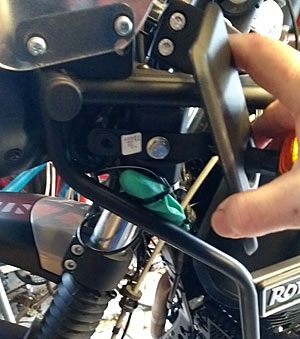 Then it mounts with a tie wrap (there must be hundreds on a Himalayan) behind the trim that hold the indicator.

The shortest USB lead I could find with a nice 90 degree connector at the device end was a metre long. So I simply coiled the excess up on the other side of bracket. 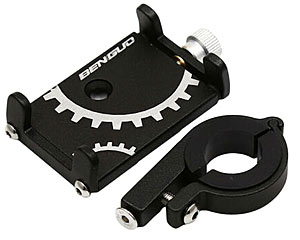 There are loads of these on ebay. I chose this one as it is all metal and seems very substantial, no nonsense, and the phone can be fitted so that the buttons on the side are not pressed in by the mount.

The phone is an old Motorola G5 with a cracked screen and no SIM card.  But it works fine and is usually connected to the phone in my pocket via a wifi hotspot.

It has a protective cover to keep out the elements and I’ve taped over all sockets and mics and cameras apart from the USB connector at the bottom.

For longer trips where the limiting factor is the battery capacity of the phone in my pocket I can either put the phone in my top box connected to a power pack, or put my phone in the handle bar mount and charge it as I travel.

It’s a low cost (some would say cheapskate) solution. The most expensive part is the handlebar mount at about £8, followed by the USB cable at £2.69 so the whole lot was under £15. The phone itself, having a cracked screen, is probably just worth a few pounds.  Any phone that runs free navigation programs would have done. No SIM card required. 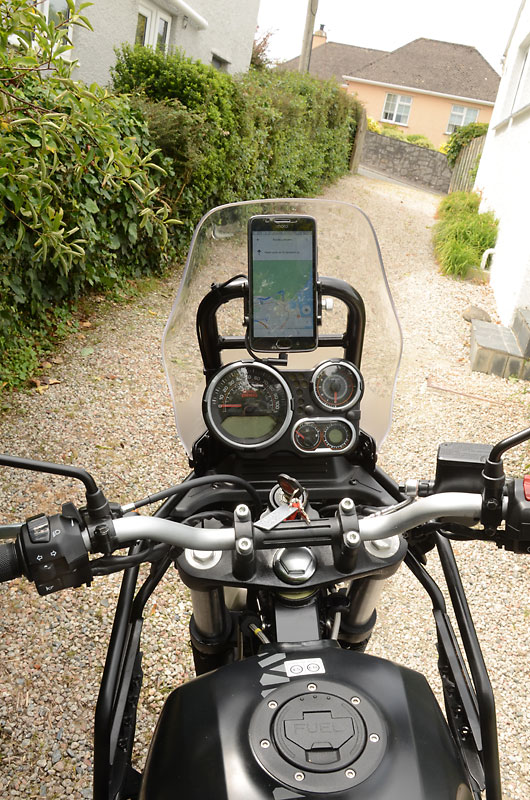