This post was originally posted on 2nd April 2020, but todays events are simply staggering. 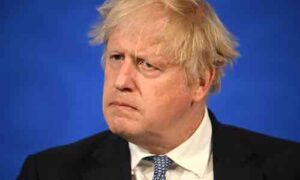 Boris Johnson, a consumate liar to the core, is now in danger of losing his job after been proven to have lied and to parliament which breaks the ministerial code. This IS a resignation matter. But Johnson’s response is not to resign, but instad to change the ministerial code.

It’s so simple – commit a crime with a mandatory sentence – change the law – no sentence.  OK, it’s not an actual crime, or a sentence but the principal is the same.  This turd of a man thinks that because he lies all the time, so does everyone else – so what’s the big deal?

What is even more outrageous is that his party still supports him.  This says more about the non existent integrity of his supporters than it says about him.

Craig Murray’s in depth (by my standards anyway) post on the effects of media lies is a fascinating read.

I got a letter from my bank this morning telling me my email was wrong and asking me to log onto the site and correct it.

So I contacted them via messenger.  Below is a copy of the conversation (with personal details removed)

09:53
Hello I got a letter from you saying my email is wrong. It is not wrong. The letter asks me to update my contact details. But they are all correct. I do not want to phone you and wait for ages for someone to pick up the phone. Please advise.

Thanks for messaging us. If you haven’t, then please provide your name, date of birth, postcode and, if it’s insurance, your policy number and we’ll get back to you. How we handle your data is available at
[redacted address]

Hi, thanks for getting in touch. You don’t need to call us, this is a standard letter that is sent out to customers to make sure we have the correct details on file. Apologies for any inconvenience – Fred

The letter said “We recently tried to contact you about your account. However the message couldn’t be delivered because it appears we don’t have a correct email on file for you” So this was a lie?

We’re not saying it’s a lie. We send these letters out to make sure we have the correct details on file – Fred

No Fred. It’s not true. If it’s not a mistake it’s a lie. Did you try to contact me by email about my account or not?

It gets worse Fred. If you don’t communicate by email why do you need my email address?

If you opted in for marketing preferences, then we’d communicate via email – Fred

OK Fred, we’ll leave it there, but routinely telling lies to customers is not a good business practice. If you wanted to check an email – send one and get a reply. Don’t send out untruthful letters making them waste their time and yours. Please pass my comments up the tree.

What struck me is that the letter sent out by a bank to a customer contains a lie.  And this is sent to all customers!

The deluge of fake news and out and out lies from politicians, the media, and in particular social media is turning us into a society of automatic liars.

Who, reading this, has not checked a box saying they have read the terms and conditions without actually looking at the 28 page closely typed document at all?

We know that newspapers, politicians, churches, social media, the police, etc.etc. all lie. Is there anyone we can trust at all?  Certainly, the further up the social and power tree we look the more lies we find.

OK it’s not all politicians, or churches, or police personnel, but how the hell are we supposed to tell the difference?

Do we care?  Donald Trump and Boris Johnson have been proven to be consummate liars but they have been elected to the highest positions of power democratically.

When people can’t distinguish between what is true and what isn’t then they will tend to gravitate to what they would like to be the truth.

And then when other people gravitate to their different version, then they must be stupid, or have ulterior motives for saying they believe the lies.

And then arguments or even insurrections and revolutions start.