One would think that after almost two years of Covid in the UK we would have systems that could give us reliable data on the number of new cases per day.

According to figures from the Office for National Statistics, based on swabs collected from randomly selected households, an estimated 2% of people had Covid in the week ending 22 October – about 1,102,800 people.

So the Office for National Statistics show more than twice as many cases as the governments data!

The governments data below is showing an average of just under 50,000 cases per day and the rate falling.

By contrast the data from the Zoe Covid study below shows new cases approaching 100,000 and rising. 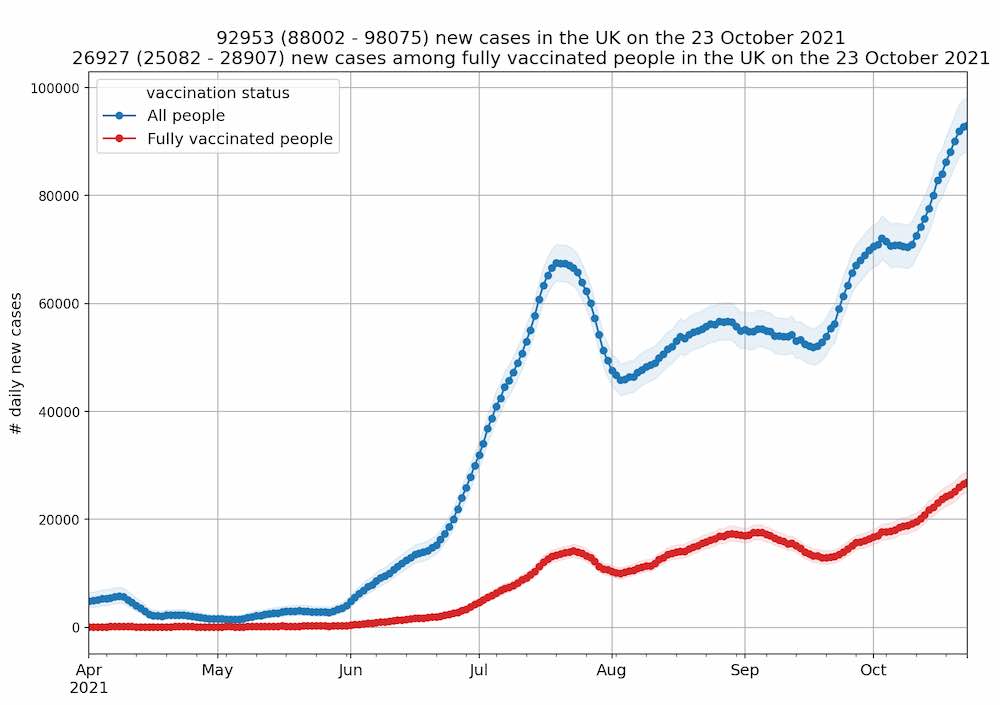 So who are we to believe?  If the ONS figure of 1.2 million people currently with Covid comprises mainly of people who have picked it up in the last 10 days, then their figure suggest just over twice the governments data. This is also what the Zoe study suggests.

So if the actual number of new cases per day is considerably higher than the official figure there is bad news and good news:-

According to the governments figures, the number of new cases peaked on 18th of October. So I would expect to see the deaths peak on 5th November.  But if the ONS figures are more accurate then deaths will continue to rise after that.  Once again, this assumes that the government’s data on deaths from Covid is accurate.

Update 5th November
The latest data form Zoe indicates that the number of new cases peaked around 30th of October. in which case deaths would peak around 16th November.