My prediction is that the Conservative government will subcontract testing and tracking to a private company who is a sizeable Tory party donor, probably with links to MPs past and present.

Selling off NHS for profit’: Full list of MPs with links to private healthcare firms
PM David Cameron and Health Secretary Jeremy Hunt, Lib Dems Nick Clegg and Vince Cable are also on the list – here is the full rundown. Is your MP on there? 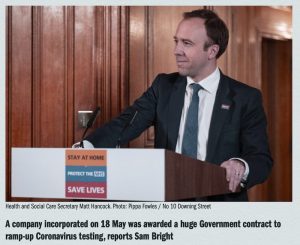 The gravy train looks like it is at full steam ahead.  Companies only a few weeks old are being awarded multi million (or tens or hundreds of million) pound contracts.

They then rapidly recruit scores of cheap unskilled labour, spend the minimal amount on training, then set them to work distributing defective PPE or generating false negative PSR tests, but making lots of money for the owners. The money will now, no doubt, be hidden away in offshore bank accounts.

So what was the effect of the 43,000+ false negatives, mostly in the South West? 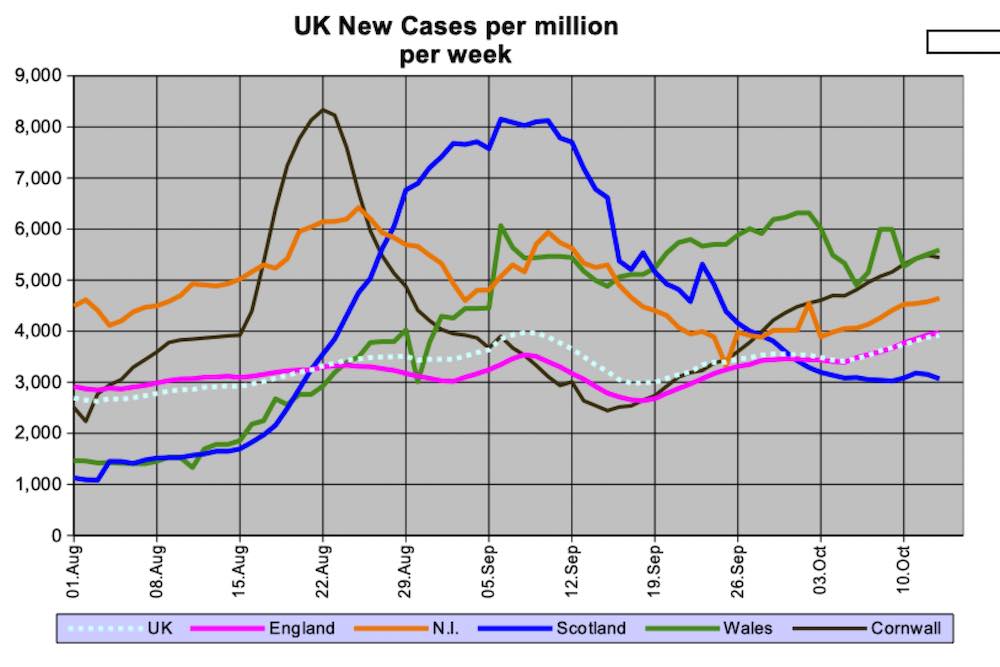 Immensa Health Clinic’s errors began on 8th September – and we see a drop in reported Covid cases happening just at that point.  The actual figures show a drop from 320 to 200 cases per day. Thus around 120 infected people per day were “cleared” of Covid and continued circulating in the community.  These unsuspecting folk will have passed the virus on to their friends and relations and this accounts for the following rapid rise in Cornwalls cases which are now 50% higher than the UK as a whole and still rising.  How many have died in hospital, never having been dignosed with Covid?

Speaking on a visit in the West Country, Boris Johnson said officials were still “looking into” what had gone wrong but denied that it was a factor in overall rising case numbers.

So bare faced! It beggars belief.