On July 5th I predicted that by 13th July the daily new cases would be at record levels.  Well I was a little pessimistic. They are about the same as on Christmas day 2020, and two thirds of record levels but still rising. 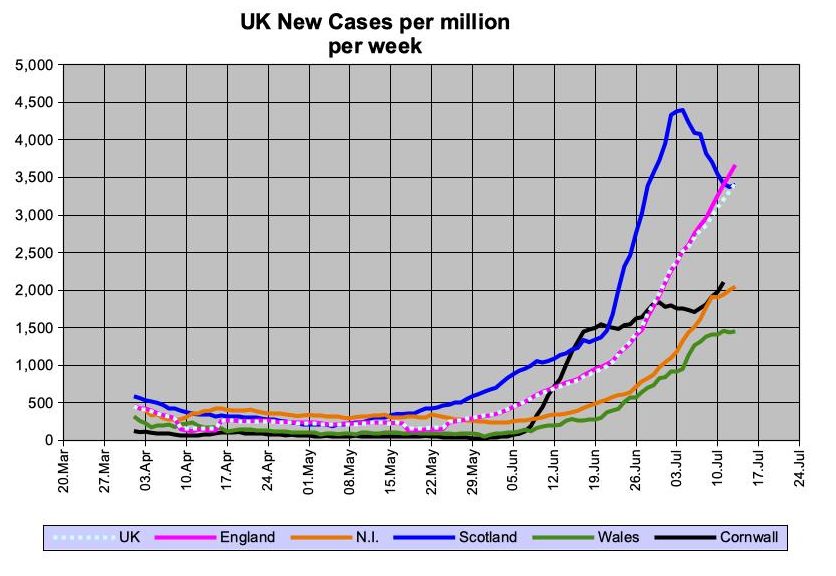 The rate of rise in England is however slowing down after the surge due to the European cup matches which is good (it’s at around 25% per week), but next week most of the government imposed restrictions are being removed.
Scotland’s new case rate is also falling following the European cup caused surges.  Their fall happened sooner simply beacause they were knocked out the cup sooner.
Cornwall’s case rate is rising much more slowly after the huge spike caused by the G7 conference.

The daily death rate and the hospital admission rate are increasing at around 50%, a similar rate to the infection rate 2-3 weeks ago.

They are currently at the lowest rate since the daily rates were first being published.  Around 65% of the UK has had one vaccination and about 50% have had their second jab. So with half the population still waiting for their second jab it is not clear why the rates have dropped.